Donate to a team:
Donate directly to ADA
Search By Zipcode:

2021 will mark 30 years of being connected and riding for a cure! Join us as ride 3 million miles in honor of our 30th anniversary and learn more about what we’ve accomplished together over the years. 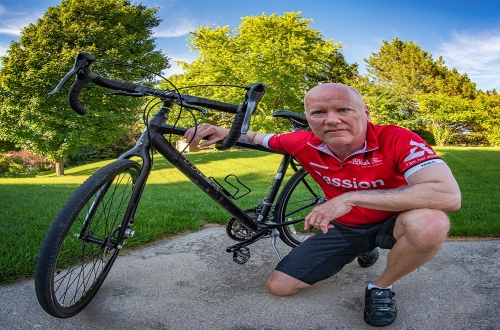 TOUR DE CURE® IS MORE THAN A ONE DAY EVENT

This year’s Tour de Cure will offer a virtually enhanced year-round experience full of new challenges designed to inspire your commitment to our mission and get you physically moving!

Our virtual celebratory event day will provide a transformed experience you don’t want to miss! We will honor those living with diabetes and bring together thousands nationwide in a fun and exciting new way.

We can’t wait to share how our Tour’s 30th Anniversary event differs from any Tour experience you’ve had. Please visit your local event page for more event details.

PARTICIPATION IN THE TOUR DE CURE® MAKES A DIFFERENCE

Because of your support, we have accomplished much together since 1991, here are just a few highlights:

1991:First Diabetes Cost Reduction Act Passed: Wisconsin passed the first Diabetes Cost Reduction Act (DCRA). DCRAs mandate coverage for diabetes benefits in health insurance. The Association’s advocacy efforts have been instrumental in passing these bill in 46 states and continues to work to maintain the level of coverage in the face of various attempts to repeal state mandated benefits.

1993: Tight Glucose Control Shown to Reduce Complications in Type 1 Diabetes: The Diabetes Control and Complications Trial (DCCT) showed that keeping blood glucose levels as close to normal as possible slows the onset and progression of eye, kidney, and nerve complications caused by diabetes.

1995: State Efforts to Improve Health Coverage Initiated: The American Diabetes Association focused its state efforts upon improving the health insurance coverage available to people with diabetes. The Association has formed partnerships and coalitions with state elected officials and other health organizations to ensure that everyone has access to quality health care coverage.

1999: First Safe at School Law Passed: With American Diabetes Association backing, Virginia passes legislation to help make sure students with diabetes are safe at school. The law was the start of the Safe at School campaign, which has led to the passage of diabetes school care legislation in more than half the states.

2013: Safe at School Landmark Ruling Issued: The California Supreme Court ruled in a landmark case that non-medical school staff can administer insulin to students in the state’s public schools. The American Diabetes Association led the fight in this case, which helped prevent students in the state from being denied access to insulin at school.

2016: ADA Launches Make Insulin Affordable Campaign: As the cost of insulin continued to rise, the American Diabetes Association’s Board of Directors unanimously passed a resolution calling for transparency across the insulin supply chain and for all entities within the insulin supply chain to take action to ensure no person with diabetes is denied access to affordable insulin. The resolution also called on Congress to hold hearings and to take action to ensure nobody is denied access to affordable insulin. An accompanying petition quickly gained the support of Diabetes Advocates across the country, eventually achieving more than 475,000 signatures and becoming ADA’s most successful grassroots campaign ever. Following these efforts, Congress began to investigate rising insulin prices, holding their first hearing on May 8, 2018.

2018: Celebrated New Rule Bringing Fairness to Insulin-Treated Commercial Drivers: After decades of advocacy and leadership by the American Diabetes Association, and following a 12-year regulatory process, the federal government published a new rule for the medical evaluation of commercial motor vehicle drivers with insulin-treated diabetes. The rule eliminates a regulatory ban against insulin use and replaces it with true individual assessment of a driver’s diabetes. As a result of this victory, jobs and whole career paths open up to people with insulin-treated diabetes.

See a full timeline of ADA Accomplishments and History here

About
About Tour
Teaming Up
Sponsorship
Living Red